Do You Make These 13 Mistakes During Your Sales Conversations? 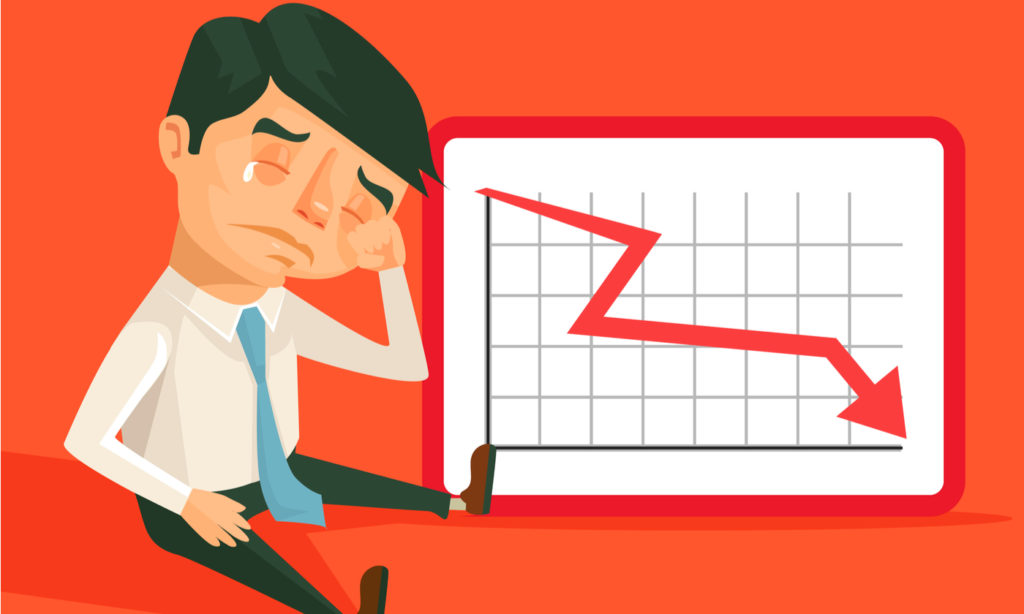 Mistakes during your sales conversations cost you deals.

Buyers have dozens of options and more power than ever before.

That means you can’t afford to slip up during sales conversations.

Your buyers won’t have it.

They’ll move to another vendor faster than you can blink, leaving your pockets empty.

Knowing the most common mistakes will help you avoid them.

Our data science team at Gong.io has analyzed sales conversations with machine learning and AI for nearly two years.

We’ve analyzed over one million B2B sales call recordings to tease out what’s working and what’s not, based on hard data.

We recorded, transcribed, and analyzed the calls using conversation intelligence technology to tease out both patterns of success, and failure.

Of the dozens of mistakes we’ve surfaced, here are the top 13 that blow deals. Don’t be one of the below-quota salespeople who makes these mistakes.

Top 13 Sales Mistakes That Happen During Your Sales Conversation

Top sales reps talk at most for 46% of a sales call. That means they listen for at least 54% of it. Mid-range performers talk for up to 68% of the time, and the poorest-performing reps aren’t far behind them.

Don’t talk about pricing in the first third of the sales call. Our data is clear on this one.

Top-performing reps talk pricing way into one-hour sales calls … 38 to 46 minutes in, to be precise. Their counterparts who talk about pricing in the first 15 minutes in blow it big time. Their sales numbers aren’t anywhere near as good. Take the hint. Establish value before talking price.

3. Discussing features and technology instead of business and value

Don’t tell buyers how something works, tell them the results they’re going to get. Spend more time on business value and less on techie and features talk.

Here are two nuggets to encourage you to adopt this approach:

Ever used “we provide” or “it’s on the road map” in a sales call? If you still made the sale, you’re one of the lucky ones because those are sales killers.

You need to stop using them ASAP.

Here are the rest of the words you should avoid that we surfaced in the analysis:

Mentioning your company’s name six or more times on a call drops your chances of success by 19%.

Mirroring is an approval-seeking behavior. It can come across as needy, which is an unattractive quality, especially in sales reps.

Our data shows that sales reps and buyers begin to sync their speech patterns two to three minutes into a call. That includes their rate of speech, the frequency of their pauses, and their use of positive and negative words.

They get the buyer to mirror them.

Check out the graphs below. You’ll see that the top reps led the rate of speech and let the buyer mirror them. That’s how it should be. Stop trying so hard. Be calm and positive and let your charisma bring the buyer into your world.

Notice that “average” reps cater to their buyers:

And notice that successful reps pull buyers into their speech patterns:

Sales tips you will actually use

Every week, we send one newsletter with the latest sales hacks, tips, and techniques that work.

6. Leaving too little time to discuss next steps

Winning sales reps devote almost 13% more time at the end of their demos to discussing “next steps.” They use that time to confirm how they’ll move the project forward. That’s critical to confirming buy-in.

Without confirming next steps and buy-in, you’re marketing, not selling.

7. Asking too few (or too many) questions

Think about the discovery part of the call. How do you unpack a buyer’s pain points and business issues? Do you ask enough questions or too many? What’s the right number?

As a general rule, the more questions you ask, the better. Average reps ask 6.3 questions and top performers ask 10 to 14 … and they also dig deeper and listen more. But be careful! There’s a diminishing rate of return. After 14 questions, your sales rate heads back down toward average.

Don’t grill your buyer with rapid-fire questions. They’ll think you’re going through a checklist without listening to their problems.

Spread your questions throughout the conversation in a balanced, natural way. If you ask all your questions at the beginning of the call, you’ll sound scripted and impersonal. That’s the opposite of the vibe you want to create.

The graphs below shows that average performers ask lots of questions at the start of a call. Top salespeople insert them evenly throughout the conversation.

9. Pitching rather than conversing

Take turns. It’s going to feel more authentic for everyone and will increase your chances of success. Bounce back and forth between speakers to make sure everyone is engaged in the conversation.

In fact, a higher number of “speaker switches” per minute correlates with your odds of a second meeting and a strong connection.

This is not a football game. You don’t want to hold onto the ball for extended periods of time. Think tennis instead.

10. Bringing up the competition too late in the cycle

This one’s simple. Address your competition early in the sales cycle, not late in the game (e.g. during discovery and first demos). When you do, your chances of closing a deal increase by 49%.

If you wait until later to discuss your competitor your win rates will decline.

This one’s a shocker. Coaches and trainers tell everyone to avoid filler words. Truth is, top, mid, and low-performing reps use the same filler words with the same frequency. Filler words don’t correlate with a call or deal’s success or failure.

That’s right, they have no impact on win rates, sales cycle length, conversion rates from opportunity stages … nothing.

However… they are still annoying 🙂

So it’s worth stripping them out of your sales conversations, if for no other reason than to hold yourself to a high standard of communication.

Talking about your company too much (e.g., overviews, awards, history) decreases your chances of progressing to the next opportunity milestone and winning the deal.

How much is too much? More than two minutes. It’s like a cliff — go over it and you’re done. As long as you speak in general terms about your company for two minutes or less (on average), you’ll be fine.

Sometimes, the cheesiest sayings are true. Like, “there’s strength in numbers.”

During your sales cycle, have at least one call that includes other people from your company.

It could be your sales manager, a product manager explaining the a product’s benefits, or even your sales engineer.

That simple act correlates with a 258% higher likelihood of closing a deal, compared with flying solo on every call.

Bring peers or managers into the mix and watch your numbers soar.

Start and manage your own retirement, rainy day or health care fund, or simply make money on your money.

Small business is the heartbeat of our communities and you can help them grow by securely investing in their growth.

For the discerning business owner it’s a sensible alternative to grow their business.

For the investor, it’s a great way to securely earn high returns.