John H. Patterson and the Sales Strategy of the National Cash Register Company, 1884 to 1922

ohn H. Patterson’s sales management techniques built National Cash Register into the dominant force in its industry and had a major impact on the development of modern selling. This excerpt from Business History Review looks at one aspect of the Patterson method.
John H. Patterson created an intricate system of management to monitor and train company salesman. He gave them scripts to memorize and assigned them territory to cover. He held conventions and thematic sales contests, and pressured salesmen to rid their regions of competition. Patterson sought to create a method of sales management that encompassed all aspects of selling, from the calculation of quotas and commission rates to the motivation of discouraged salesmen. This excerpt looks at one aspect of the Patterson method: the N.C.R. Primer. 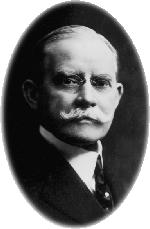 To ensure that salesmen communicated all the benefits of the register, Patterson gave them scripts to memorize. The practice of writing out sales arguments was rare, but not as new as some of Patterson’s biographers claim. Booksellers and other canvassers had used scripts prior to the first N.C.R. Primer in 1887. As early as 1859, Henry B. Hyde of the Equitable Life Assurance Society published Hints for Agents, which contained persuasive arguments for company representatives to rehearse. Canvassers for the American Bible Society carried booklets with helpful scripts. In 1879, Bates Harrington published How ‘Tis Done, which reprinted—and thereby according to the author “exposed”—the techniques of book canvassers, atlas salesmen, and lightning-rod peddlers. While it is not clear that Patterson was familiar with any of these scripts, it is likely that his agents, many of whom had worked as salesmen in other fields, knew of them.

The first N.C.R. sales script was the creation of Patterson’s brother-in-law Joseph H. Crane. “How I Sell National Cash Registers,” which became known as the Primer, contained instructions not only on what salesmen should say, but also what they were to do while saying it. In the Primer, an asterisk indicated that the salesman was supposed to point to the item that he was referring to:

I think the ordinary daily transactions with your customers may be arranged in five classes, thus

The indication* of the transaction shows through this glass.*

The amount* of the last recorded transaction is always visible, and the records are made by pressing the key.

The Primer divided a sale into four steps: approach, proposition, demonstration, and close. In the approach, the salesman made no mention of the cash register. Instead, he explained that he wanted to help the businessman find ways to increase profit—that he wanted, in effect, to act as a consultant. In the proposition, the salesman described the register for the first time and explained how it would prevent theft and give an accurate account of the day’s receipts. The goal of this stage was to schedule a demonstration of the machine in a nearby hotel where the salesman had set up a display, or, if convenient, in the local N.C.R. branch office. In the demonstration, the salesmen carefully led the customer up to the point of a purchase. When the moment seemed right, he attempted to close. This was the toughest part of the sale. The Primer offered a number of techniques, including the following:

THIS,* MR. MERCHANT, IS A NATIONAL CASH REGISTER OF THE MOST APPROVED PATTERN. TO APPRECIATE WHAT A HELP IT WOULD BE TO YOU, WE MUST SEE WHAT THINGS YOU DO IN YOUR STORE OF WHICH YOU KEEP A RECORD.

After you have made your proposition clear and feel sure that the merchant realizes the value of the register, do not ask for an order, take for granted that he will buy. Say to him “Mr. Blank, what color shall I make it?” or “How soon do you want delivery?” … Take out your order blank, fill it out, and handing him your pen say, “Just sign where I have made the cross.”

If he objects, find out why, answer his objections and again prepare him for signature…. Make the merchant feel that he is buying because of his own good judgement … find out the real reason why and your chances are that that is the very reason why he should buy…. Concentrate your whole force on one good strong point, appeal to judgement, get him to acknowledge that what you say is true, then hand the pen to him in a matter-of-fact way and keep on with what you were saying. This makes signing the logical and obvious thing to do. 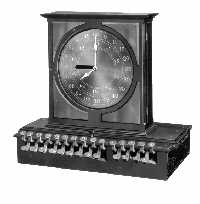 The Primer instructed salesmen to exert pressure in a forceful yet subtle manner. The key was to prevent a prospect from feeling manipulated. “Avoid giving the impression to the merchant that you are trying to force him to buy…. No man likes to feel he is being sold.” At the same time, it was important for the salesman to exude confidence and honesty. Chief among the rules of salesmanship at N.C.R. was the ability to demonstrate “sympathy [toward] … the business and interests of the P.P. [or “Probable Purchaser”] and sincerity in presenting [the] machines to the P.P ” These were skills to be honed. After an agent named John T. Watson had given a demonstration at the 1895 sales convention, one audience member praised Watson’s “sincerity” and another commented, “The best thing I noticed in the demonstration was that Mr. Watson’s manner indicated that he thought he was telling the truth.”

Even careful use of the Primer could not, of course, guarantee a smooth sale. The process of selling remained a cat and mouse game. When A. T. Webb, the agent for Portland, Oregon, set out to sell a machine, he began, as the Primer advised, by studying the prospect and gaining his “confidence.” When confronting an objection, he acknowledged the legitimacy of the complaint, and then tried to counter.

My method of taking orders, I presume, does not vary much from that of other managers. If the party calling is a stranger, the first thing is to learn and know my man, his residence, business, etc., and get his confidence then, I settle down, and will sell him the register best adapted to his wants and business; or, if he has made up his mind that he wants one like his neighbor’s, I sell him that one, no matter, if, in my judgement, it is not entirely best suited to his business. After I have his order in black and white, I then, if I think it advisable, undertake to educate him on the different registers, and see that he gets one best adapted to his work.

High prices, of course, is one of the hard things to contend with. On this point I generally say, “to you, no doubt, the price seems high, and I don’t blame you one bit for thinking so, because you lack experience and the knowledge of what our register will do.” … Frequently, in the course of my talk, I will tell the PP. that I don’t want to sell him a register, and will not, if I think he has no use or don’t care to use the register according to our instructions. As a reason for this, I tell him that one register misplaced might possibly spoil the sale of a dozen.

Over the years, the Primer underwent frequent revision. Not long after it was introduced, it was supplemented by a Book of Arguments that contained a catalog of answers to frequently asked questions. In January 1894, N.C.R. produced a more formal Sales Manual that combined the two.  The Manual reached its maximum size in the edition of 1904, with nearly two hundred pages. After that it was condensed so as to become easier for salesmen to master. The 1910 edition was a booklet of fifty-six pages. Changes to the Primer were regarded like alterations in the register—both were part of an effort to constantly improve and keep up with shifting customer needs. E. St. Elmo Lewis, an N.C.R. employee who later became head of advertising at Burroughs, called the Primer “one of the fruits of the scientific attitude towards the problem of gaining greatest efficiency in selling goods.”

by Walter A. Friedman